visiting professor at Department of Information Technology, Division of Visual Information and Interaction

Christer Oscar Kiselman is a human being.

Somewhat more precisely, he is a mathematician who speaks Swedish, Esperanto, English, and French.

He has done research on partial differential equations, then on complex analysis and complex geometry. Nowadays he works mainly on digital geometry, mathematical morphology, and discrete optimization.

For more details, see my web site at www.cb.uu.se/~kiselman/.

I am a mathematician who speaks Swedish, Esperanto, English, and French. Since 2014, I am a guest professor at Uppsala University.

I have been the main scientific advisor of eighteen doctoral students from seven countries. They obtained their degrees during the period 1974--2016; four of these after my retirement. The last two from Stockholm University and l'Université des Sciences, des Techniques et des Technologies de Bamako.

Nowadays I am working mainly on digital geometry, mathematical morphology, and discrete optimization---I am writing a book on these topics. 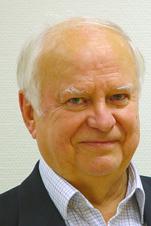