System identification plays an important role in the biomedical field where there is an increasing demand for dedicated, robust and secure automation systems. Obtaining accurate models for patient response to a clinical procedure is a crucial issue in the design of such control technology. Even though models of specific structures can sometimes be derived from the application of biological, physical and chemical laws, there remains a large parameter variability from patient to patient. This suggests the use of on-line recursive methods to perform the identification. The idea is then to exploit the so obtained dynamical models in adaptive controllers. The present project is focused on automated drug administration for anaesthesia. The project is carried out in cooperation with the Mathematics Department at Faculdade de Ciências da Universidade do Porto, Porto, Portugal, and it is supported by the European Research Commission under the European Community´s Seventh Framework Programme
(FP7/2007-2013) / ERC grant agreement no 247035.

Unfortunately, certain characteristics of drug administration during surgery prevent a straightforward implementation of adaptive control. First, the sampling rate and therefore the number of samples available for adaptation is limited. Furthermore, the excitation properties of the inputs is generally quite poor, as illustrated in figure 2. This makes it very difficult to perform successful recursive indentification of the needed non-linear Wiener models, that have a large number of unknown parameters in the standard models of the field. These problems become even more pronounced under adaptive closed loop control. The fact that patient security requires a robust behaviour of any automated systems makes it very clear that completely new approaches are needed to circumvent and handle the above problems. This is the scope of the current project.

The first goal of the project is to develop robust system identification algorithms based on models with minimal parameterizations, specially tailored for systems where poor input signal excitation and a limited amount of data is available. The new techniques are designed for drug administration in anaesthesia, where pharmacokinetic and pharmacodynamic effects can be jointly modeled by a Wiener model structure, see figure 1.

Figure 1: Block diagram of a standard model for drug distribution in the human body. The case of neuro-muscular blockade is illustrated in the figure. The first blocks model a linear mixing dynamics, whereas the two last blocks model the nonlinear effect of the drug.

The first contribution of the project is a new Wiener model suitable for modelling of drug administration for the neuro-muscular blockade. The new model is parameterized with one parameter for a third order linear mixing dynamics. One further parameter is used for modelling of the drug effect in terms of a Hill equation, see 8 and 15 for details. Ideas from continuous time system identification using Laguerre models were used to keep down the number of parameters. Following zero order hold sampling, an extended Kalman filter (EKF) can be designed for joint estimation of the states and the unknown parameters. This algorithm has been successfully applied to a database of real patient response. The figures 2 - 5 illustrate that a robust and very accurate on-line identification is obtained. Some further refinements of this scheme appear in 11 and 13. 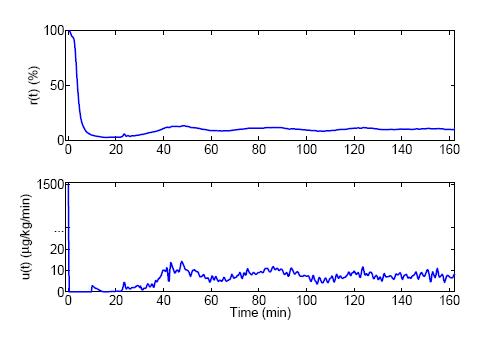 Figure 2: The measured NMB response (upper plot) and the applied control signal being the muscle relaxant atracurium (lower plot). Both signals were collected during surgery. 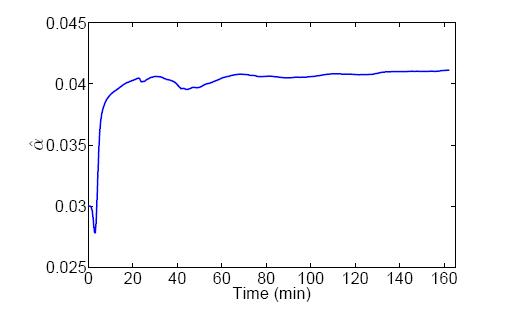 Figure 3: Time evolution of the parameter of the linear block of the NMB Wiener model. 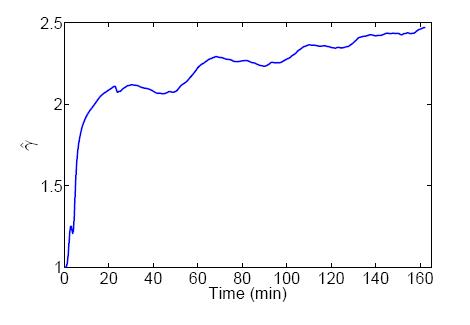 Figure 4: Time evolution of the parameter of the non-linear block of the NMB Wiener model. 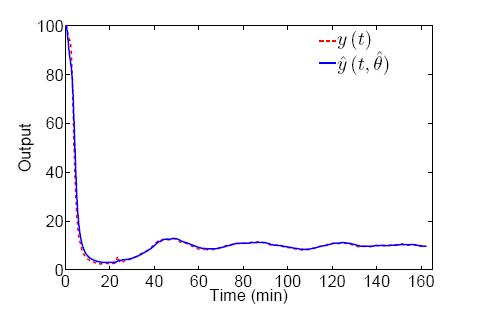 The ideas used for NMB are also applicable for identification of the level of Depth of Anaesthesia (DoA), as quantified by the Bispectral Index scale (BIS). This is a more complicated and critical problem than the NMB since

Nevertheless, a four parameter non-linear Wiener model suitable for recursive identification of the DoA using BIS measurements can be defined. Each input signal is first filtered by separate linear mixing dynamic models using the same one parameter model as applied for NMB identification. A new transformation applied to the Hill equation then makes it possible to model the nonlinear combined effect of the drugs using only two additional parameters, see 10, 12 and 14. Based on this MISO model an EKF was again designed for joint estimation of the model states and the unknown parameters. As can be seen in figures 6 - 8 the performance is excellent. A corresponding MIMO identification problem is treated in 3. 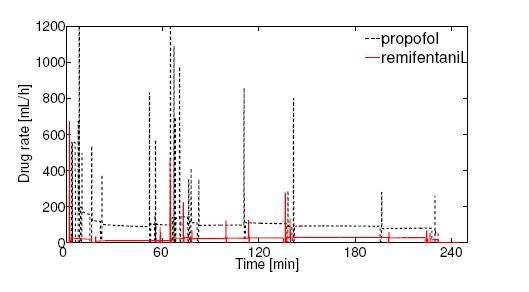 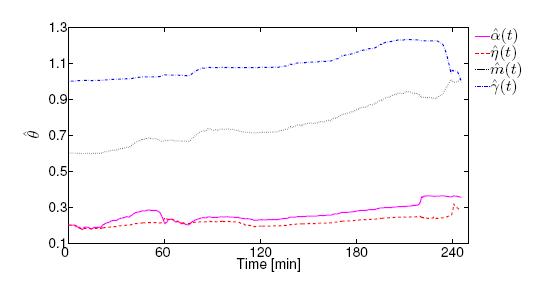 Figure 7: The estimates of the parameters obtained by the EKF, linear (pink and orange), nonlinear (blue and grey), for the identified real case. 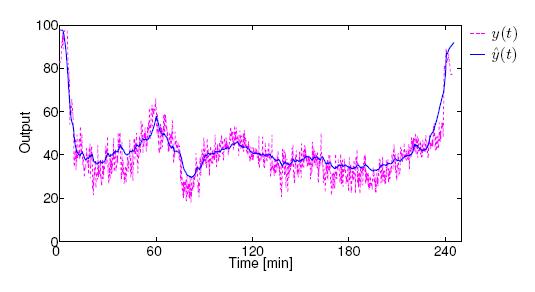 Figure 8: The real measured BIS data (pink) plotted together with the simulated output model response (blue), using the parameter estimates of the EKF. The noise is suppressed and the general trend of the DoA is exellently tracked.

The second goal of the project is the incorporation of the identified models into the design of embedded model-based controllers in medical applications. A first step in this direction is taken in 6 and 9 where a pole placement adaptive controller with integral action is used for control of the NMB level. The key idea is to first linearize the loop by application of the inverse of the identified static nonlinear drug effect function, as illustrated in figure 9. The general validity of the control principle is supported by the fact that different drugs are used in 6 and 9.

Figure 9: The block diagram of the linearizing adaptive NMB controller.

To evaluate the performance, the "system" is in this case simulated using the model of figure 1 parameterized with data from the patient database. The performance of the adaptive controller is very robust against parameter changes. The tracking performance is illustrated in figures 10 and 11. The controller principle hence seems to provide a very promising starting point for more advanced adaptive nonlinear controllers. Further steps have been taken, by applying similar techniques to the DOA problem, see 5 and 7 for details. The paper 5 treats the problem using a MISO Wiener model, where only four parameters are estimated. Additional Kalman filtering is needed to support the inversion of the nonlinear adaptive controller. A state space LQG controller is applied to the MIMO linear part of the system, after inversion.

Figure 10: The tracking performance and initial adaptation of the linearizing adaptive NMB controller.

Figure 11: The input signal of the linearizing adaptive NMB controller.

In the paper 4, the uncertainty of the models are quantified. In addition, this provides a preparation for future work on robust control. The paper 1 presents details on nonlinear bifurcation analysis applied to controller supervision and recovery from sustained oscillation modes that have been observed in clinical practice.