Networked control has to a large extent been focused on the effects of control signal quantization. The data rate theorem e.g. states the minimum data rate that is needed to stabilize a system over a network interface. With the emergence of machine type communication functionality in the new 5G wireless systems that are under standardization, the need for networked control can be expected to increase dramatically. In that standardization there is a particular focus on low latency, thereby enabling new networked control applications in vehicles, for industrial robots, as well as haptic feedback control for gaming and perhaps even remote surgery.

The present project reflects this and attempts to analyze feedback systems with a saturation and a long delay in the feedback loop. The rest of the system dynamics, including the feedback and feedforward controller algorithms, are assumed to be linear. Such a system description is relevant for example in servo control applications, where the full range of the actuator often needs to be used in order to minimize hardware costs. Other examples include data flow control applications, which constitute a main motivation for the present work.

The main idea applied here is to consider the case when the loop delay becomes large as compared to the other parts of the loop dynamics. The input - output version of the SISO Popov criterion can then be evaluated in the limit where the delay tends to infinity. This analysis reveals new fundamental low frequency limitations on the networked control systems.

The project originated as a result of an observation in the paper 3. In that paper a lead-lag controller was tuned for networked data flow control in the third generation WCDMA cellular system. The networked control system is depicted in Fig. 1. As a step of the tuning, the subset of the L_2 stability region resulting from the Popov criterion was computed, with the objective to select a globally L_2 stable controller with sufficient performance. However, whenever the low frequency gain was increased to improve the static regulation performance, the effective data rate had to be reduced at the point where the wireless interface connects to the incoming data stream.

Figure 1. The block diagram of the networked data flow control system of 3. The objective is to control the dwell time of data packets in the transmit data queue, which is represented by the leaky integrator to the right of the block diagram.

To gain a better understanding, a deepened analysis of the networked control system was performed in the report 7 and the paper 5. As can be seen in Fig. 2, a combined feedback and feedforward controller was considered in that analysis.

Figure 2. The block diagram of the networked data flow control system of 5 and 7.

The stability condition resulting from the Popov criterion was then analyzed in the case where the feedback loop delay of the networked control system tends to infinity. The following result, stated in detail in 5 and 7, was obtained.

Theorem 1. Assume that the conditions A1-A16 of 5 hold for the control system of Fig. 2. and that the static linear loop gain and the sector gain of the nonlinearity are denoted g(0) and k, respectively. If the loop delay then tends to infinity, the Popov criterion cannot imply L_2 stability in case g(0) > 1/k.

The conclusion is that in case the low frequency loop gain is made too large when the delay is also large, stability can no longer be guaranteed. Note that this has significant practical implications, e.g. for PI control. The paper 5 also discusses the asymptotic region numerically. This analysis shows that the asymptotic region is approached relatively slowly.

The loop gain is related to the sensitivity function with a one to one relation. The report 6 and the paper 2 exploit this fact and performs an analysis of a feedback only H-infinity based networked control system, depicted in Fig. 3. 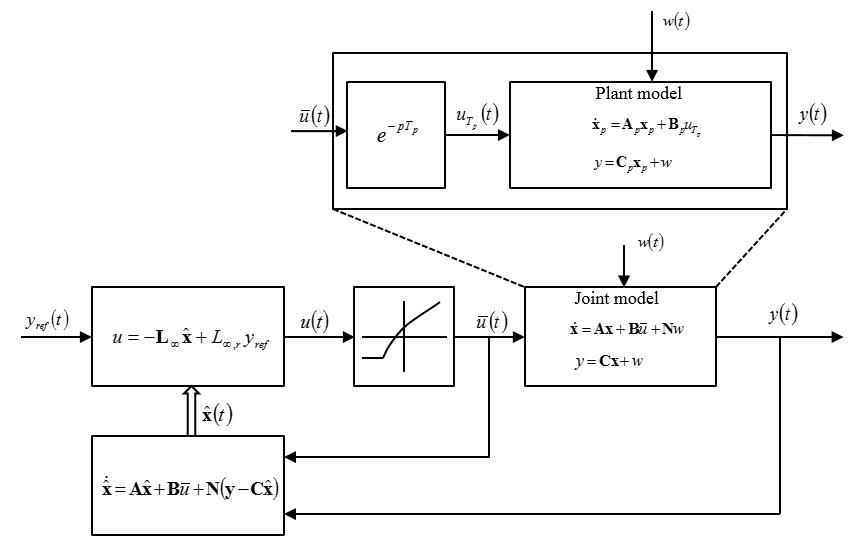 Figure 3. The block diagram of the networked data flow control system of 2.

The analysis reveals the following result.

Theorem 2. Assume that the conditions A3-A10 of 1 hold for the control system of Fig. 3. and that the static sensitivity and the sector gain of the nonlinearity are denoted S(0) and k, respectively. If the loop delay then tends to infinity, the Popov criterion cannot imply L_2 stability in case S(0) < k/(k+1).

This result is obvious, given Theorem 1. It states that the static sensitivity of the closed loop system cannot become too small, without risking stability. The situation for finite but large loop delays is fortunately not as bad as the -6 dB limit of Theorem 2, which results for k=1. The reason is again that the asymptotic region is approached slowly. The paper 2 therefore suggest a H-infinity control strategy that aims at limiting the penalty applied to the sensitivity function in a way that does not require the static sensitivity to approach 0. The result of this approach is depicted in Fig. 4. and all details appear in 2. 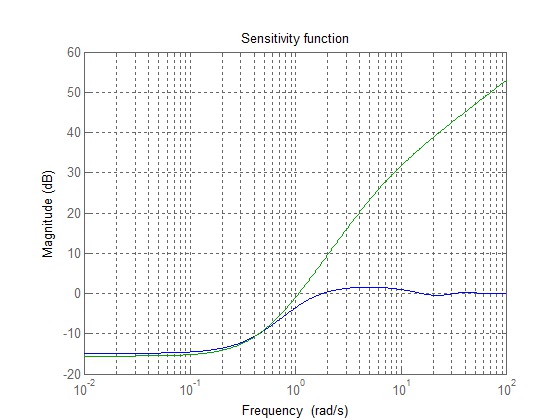 Figure 4. The sensitivity function of the networked control system (blue), together with the penalty (green).

The subset of the L_2 stability region, expressed as the maximum allowable loop delay consistent with the Popov inequality, was also computed in 2 as a function of i) the assumed designing loop delay, and ii) the required 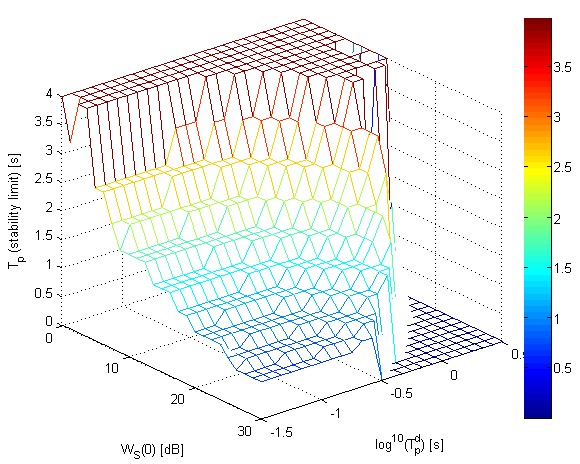 Figure 5. The subset of the L_2 stability region implied by the Popov criterion.

static sensitivity. As is evident from the lower right corner of Fig. 5, a reduced value of the required static sensitivity leads to a reduced allowed maximum delay, in case L_2 stability shall be preserved. This is exactly what is predicted by Theorem 2.

A tradeoff between disturbance rejection and networked data rate

The report 4 and the paper 1 focus on a refined analysis of the observed trade-off between the data rate and the relative steady state regulation performance that was observed in 3 and 5. The feedback control system of Fig. 6 was the starting point of the analysis.

Figure 6. The block diagram used for analysis of the limitations that apply to the steady state relative regulation accuracy.

In order to tie the result of Theorem 1 to the relative steady state regulation error, the latter quantity was computed from the block diagram. A combination resulted in the following result.

Theorem 3. Assume that the conditions C1-C15 of 3 hold for the control system of Fig. 6. and that the steady state relative regulation accuracy and the second block of the system dynamics are denoted D and G(0), respectively. If the loop delay then tends to infinity, the Popov criterion cannot imply L_2 stability in case D < G(0)/2.

This result thus shows that there is indeed a limitation in place for the relative regulation accuracy.

In order to take the analysis further, the networked data flow control system treated in 1 was revisited, by a specification of G(0) to be given by the transfer function depicted in Fig. 7. 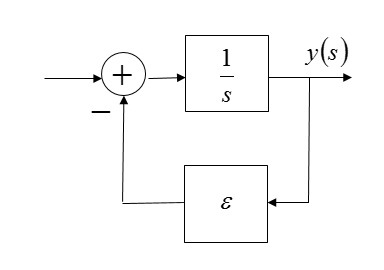 That transfer function illustrates a wireless transmit data queue subject to packet discarding by so called active queue management over the internet, see 3 for details. When this dynamics is used to replace G(0), the following fundamental tradeoff between the regulation performance and data rate results.

Theorem 4. Assume that the conditions C1, C2 and C5-C15 of 3 hold for the control system of Fig. 6., and that the steady state relative regulation accuracy, the data discard rate and the maximum data rate of the network interface are denoted D, e and u, respectively. If the loop delay then tends to infinity, the Popov criterion cannot imply L_2 stability in case De < 1/2. This represents a data rate reduction, from u over the network interface to u-ey at the output of the queue, where y is the steady state data volume of the queue.

It also follows that in case a stability guarantee should not be prevented by Theorem 4, the data rate of the network interface needs to be reduced at least to u-y/(2D) at the wireless transmit data queue.

The Popov plots for an LQG based data flow controller with a data discard rate of 0.10 appears in Fig. 8, predicting instability above a loop delay of 0.63 s. The details appear in 1. The numerical evaluation shows that the inequality of Theorem 4 is fulfilled. The simulations for the loop delay 0.7 s is consistent with the conclusion of Theorem 4 since it is obvious that a limit cycle occurs in Fig. 9. 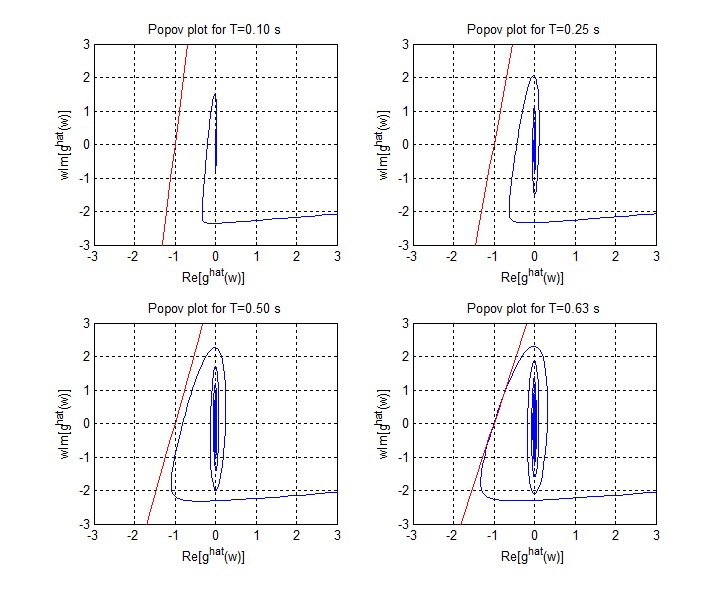 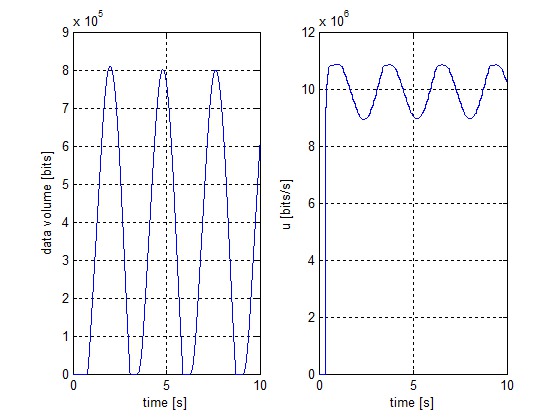 Figure 9. A limit cycle appears for a loop delay of 0.7 s, illustrating the prediction of Theorem 4.

It is interesting to note that the L_2 stability requirement seems to connect the maximum data rate to the disturbance rejection performance. This effect is quite similar to the fundamental limitation of the data rate theorem, that also involves a stability requirement. Since the maximum data rate is given by Shannon's theorem in information theory, the present work seems to have encountered another connection between networked control and information theory. Future work is needed to investigate this potential connection in more detail.