Networked control systems have now been studied extensively for almost two decades. The focus has to a large extent been on the effect of quantization of control and feedback signals when plants are remotely feedback controlled. More recently there has been a renewed focus on the effects of delay on networked control systems, e.g. in wireless data flow control. Many networked controllers are model based, meaning that identification methods that can operate in a networked environment are needed as well. This has become more important with the standardization of the new 5G wireless systems. These systems are expected to enable a number of new use cases in the fields of industrial control and augmented reality with force feedback. Consequently, the study of identification methods that account for delay and quantization is of increasing importance.

The present research is performed on networked recursive identification, with a focus on nonlinear identification methods. The wish list for such algorithms, considering e.g. 5G wireless systems, include the following requirements

The first and second requirements result since delay will be present as a part of the dynamics when networked identification and feedback control is performed over 5G wireless networks, at least for high bandwidth applications. The loop delay may become as low as <1 ms in so called ultra-reliable low latency communication (URLLC) and for critical machine type communication (C-MTC). Due to the high capacity of the 5G networks quantization effects are not as important as earlier, however they may still be present in case many users are served simultaneously. The latter is also a reason why a low computational complexity is preferrable. Further, since many users are expected, manual interaction may not be possible. Therefore the global convergence and stability properties of the applied algorithms become very important since it is only with such guarantees that the algorithms can be assumed to always deliver good performance.

The paper 6 presents an algorithm that is capable of recursive identification of the impulse response dynamics of a linear system, subject to simultaneous coarse, non-uniform quantization of the output signal and delay. The quantizer is assumed to be fix and known, with arbitrary quantization steps and switch points. The key idea used in the method is the replacement of the exact gradient with a smooth approximation. The algorithm is depicted in a networked identification setting in Fig. 1.

Figure 1. The block diagram of the identified networked system.

The model of the plant appears in Fig. 2.

Figure 2: Block diagram of a dynamic system with output quantization.

The algorithm has a very low computational complexity since it is of stochastic gradient type. A very important property of the scheme is that it is globally convergent to a perfect input-output setting of the identified impulse response dynamics, under relatively mild conditions. The algorithm hence meets all the above requirements. The paper 7 treats an IIR variant of the same algorithm, however then only local convergence has been proved. The performance of the algorithm was illustrated in a former research project on recursive identification of systems with output quantization.

An important remaining question concerns parametric convergence, i.e. the question if conditions that guarantee convergence to the true and unique parameter vector of the system can be found. This is not the same property as the input-output convergence discussed in 6. The papers 1 and 2 attempt to bring further clarity to this issue, by studying the conditions behind the convergence. The paper 2 focuses on the requirement of a monotone quantizer in the analysis of 6. The analysis defines a low order system with one single impulse response parameter being equal to 1 and a quantizer with three levels that is not monotone. The associated ODE analysis method pioneered by L. Ljung is then applied for convergence analysis. In the low order case it turns out that the average updating directions of the first order version of the algorithm of 6 can be analytically calculated. This opens up for a study of the convergence properties by means of numerical solution of the associated ODE. Fig. 3 and Fig. 4 illustrate the evolution of the associated ODE for different initial conditions, together with the evolution of the low adaptation gain estimates of the algorithm. The software package 5 was used to obtain parts of the results.

Both figures confirm that the associated ODE describes the asymptotic low gain evolution of the algorithm. As can be seen in Fig. 3., the associated ODE has a single fix point corresponding to the true parameter vector, despite the fact that the quantizer is not monotone. This results proves that:

Fig.4, on the other hand, illustrates a case where the associated ODE has fixed points equal to +/-1, i.e. global parametric convergence does not hold. Using similar techniques of simulation of associated ODEs, the paper 1 studies the effect of the input signals distribution and the coupling with the system gain and the quantizer. In summary, the paper 1 proves that at least the following additional restrictions need to be introduced in order to perform global parametric convergence proof:

The paper 3 adresses a nonlinear identification problem, assuming the plant to be modeled by a general nonlinear differential equation model with a delayed output measurement. A 5G wireless networked setting where that model is useful is depicted in Fig. 5. 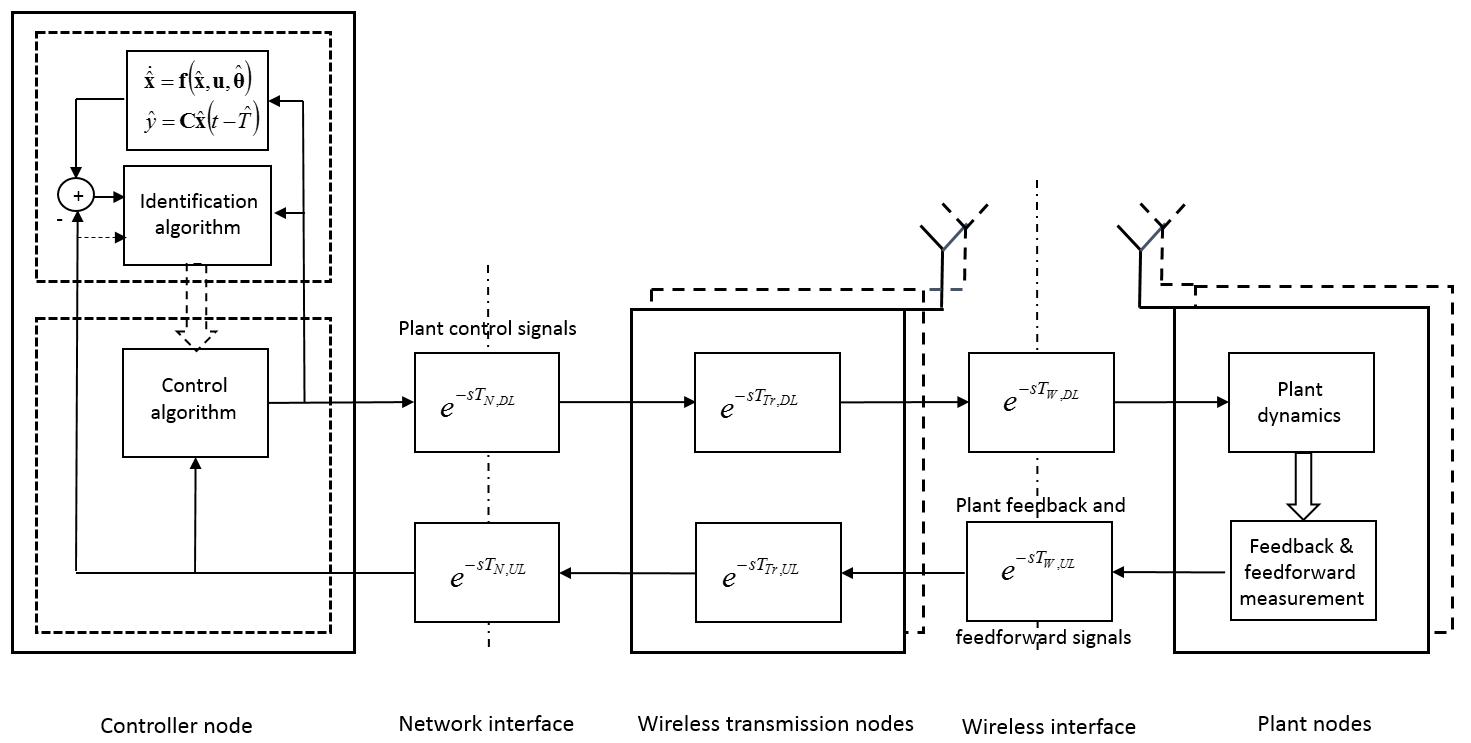 Figure 5. The block diagram of the identified nonlinear networked system.

Based on the model a recursive prediction error identification algorithm is then derived. In order to model the effect of delay, multiple models are used for each integer delay defined by one sampling period. The fractional component of the delay is obtained by interpolation between multiple models, adjacent to the running delay estimate of the complete model. The discretization in time is handled by an Euler discretization method.
A case where a first order nonlinear system is identified is depicted in Fig. 6 – Fig. 8. In this case the delay of the networked system is 1.22 s. As can be seen the identified delay is very close to the true one, a fact that also holds for the remaining parameters, c.f. 3. The software of 4 was used to generate the results. 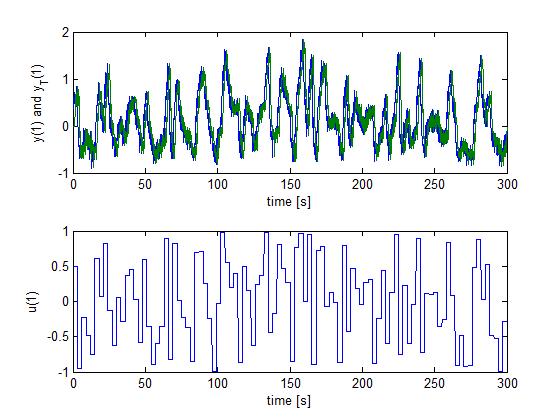 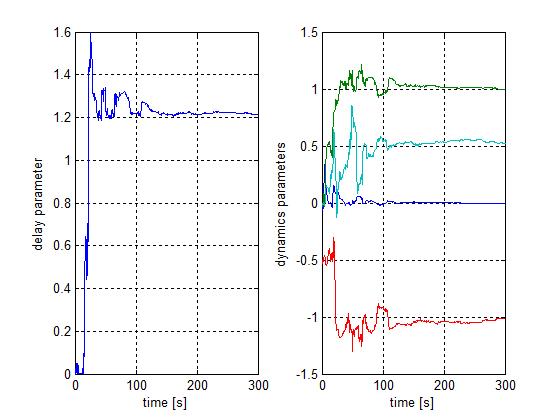 Figure 7. The parameter estimates obtained by the identification algorithm of 3. 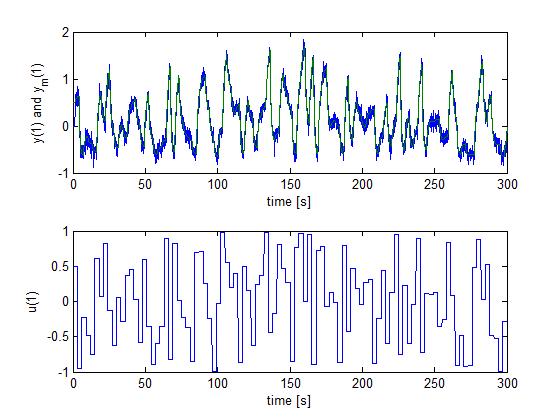