The Wiener model consists of a linear dynamic block in cascade with a static nonlinearity. Wiener models are sometimes used in the chemical process industry, for modeling of mixing dynamics followed by significantly faster chemical reactions. pH-control is a typical case. PH-control is also studied in this project.

Controllers for Wiener type processes can be designed with linear methods, following a non-linear step where the inverse of the non-linearity is applied to the reference signal and to the measured output signal as shown in Figure 1.

Figure 1: A control structure for linearizing control of Wiener systems.

The main objective of the project is to analyse the signal level dependent modeling errors that affect the control loop, when an identified model is applied for controller design. There are two main effects to consider. These are the inversion error due to inversion of the non-linearity, and the (differential) relative loop gain error. As it turns out these amplitude dependent errors are tied to the cascade structure of the Wiener model. The reason is that any method for identification of Wiener systems need to fix the static gain in one of the two cascaded blocks - or the identification problem becomes ill posed. This selection impacts the closed loop properties.

A main result obtained defines the amplitude dependent relative loop gain error formally. This error is proved to be related to the linearization error that affects the performance when the control loop of Figure 1 is applied. As an illustration of the importance of the signal amplitude, the controller of Figure 1 was applied for control of a simulated neutralization process. The model behind the process is described in 1 and 3. Figures 2 and 3 compares a linear controller that is tuned for the same bandwidth, without (Figure 2) and with (Figure 3) the linearizing pre-compensation of Figure 1. The purely linear controller becomes unstable in certain amplitude intervals, whereas the non-linear controller provides good performance. 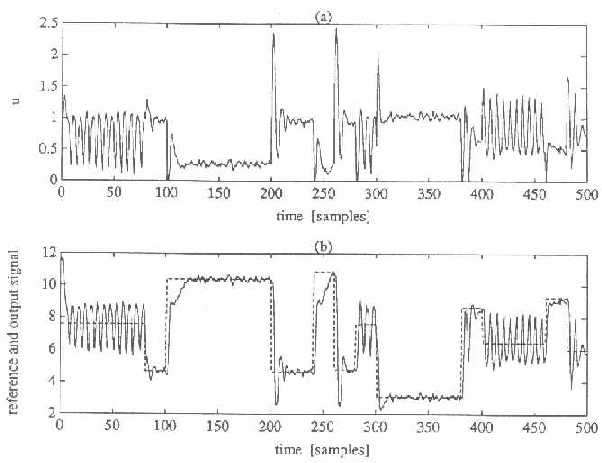 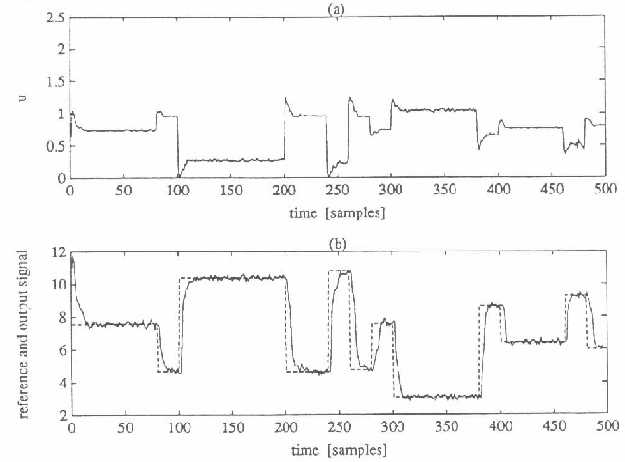