We are developing an efficient multiple Quantitative Loci Traits (QTL) scans algorithm for experimental populations called PruneDIRECT. In a case study, for detecting two and three QTL using permutation testing, PruneDIRECT needs 11012 thousand and 201514 thousand function evaluations on average. Our main goal is to do permutation testing with PruneDIRECT for more than three QTL.

Previously lots of work has been done on algorithm optimization and efficient serial/parallel implementations. Now the aim is to explore Map-Reduce programming model for QTL application. Map-Reduce is well known for managing several independent tasks of an application. The current implementation of PruneDIRECT is well suited for Map-Reduce programming model. According to the preliminary studies, we are hopeful that Map-Reduce model will be helpful in calculating more than three QTL. The R statistical software is widely used by the biologist community. In order to make a familiar environment settings for the biologists, we have chosen the R-Hadoop framework that allows the transparent use of Hadoop within the R programming environment. 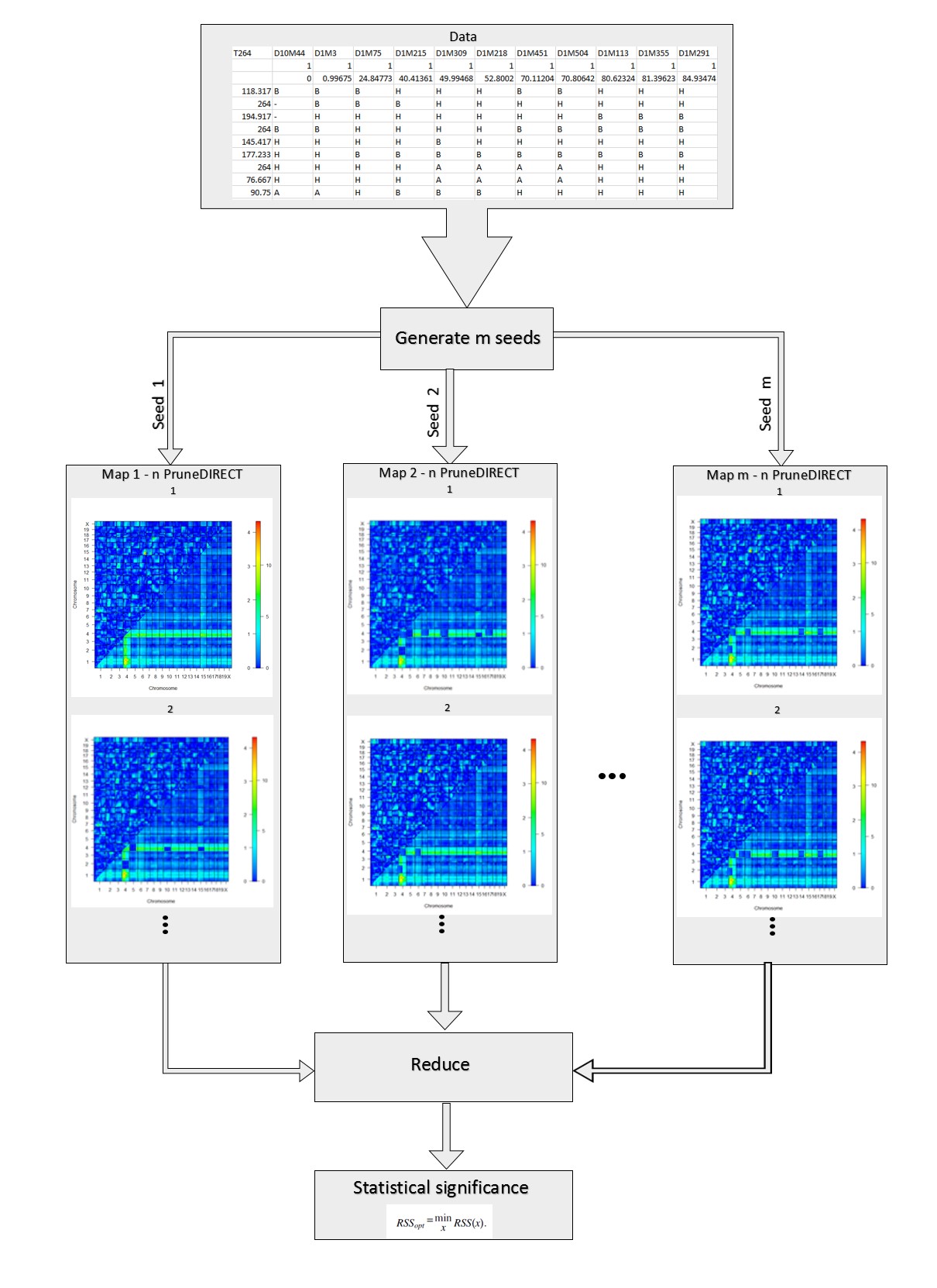