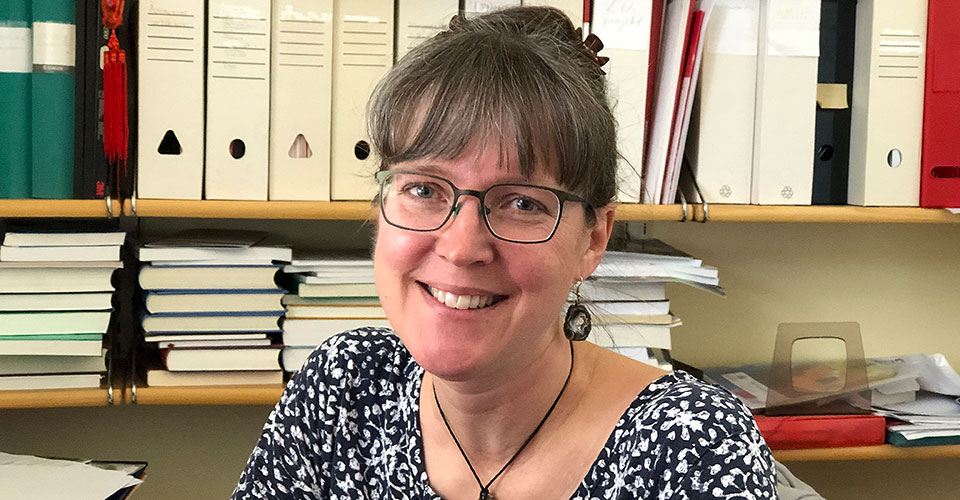 " Calculations that save resources and lives "

Elisabeth Larsson's research is about scientific computing. By making numerical models and producing simulations of how muscles, aircrafts or the financial market work, one can save both resources and lives.

- Scientific computing is the world's best subject, because we have the freedom to do in principle what we want! says Elisabeth, who is a senior lecturer in scientific computing at the Department of Information Technology at Uppsala University. It is an incredibly interdisciplinary subject. We intersect with mathematics, with computer science and with all possible areas of applications - it can be anything from the humanities to technology.

An interdisciplinary project that Elisabeth works with since 2012 is a collaboration with medical doctor Nicola Cacciani at Karolinska Institutet and Pierre Villard, a French image analyst and biomechanic.
- We are trying to build a simulation model for the respiratory muscles, a model in the computer of the human respiratory system.

From a medical point of view they want to use the simulation model to study how a respirator, or ventilator, as it really is, affects the patients (ventilator induced diaphragmatic dysfunction).
- Usually, when breathing, the diaphragm contracts so that the lungs expand and air is drawn into the lungs, but when a patient is placed in the ventilator, the air is instead pushed into the lungs, Elisabeth explains. Then, instead, the muscle diaphragm is strained. This causes the function of the muscle to deteriorate.
- This goes quite fast, Elisabeth says. In 24 hours in the ventilator, 30 percent of the muscle function of the respiratory muscles has been lost. This means that a patient becomes both healthier and more ill during intensive care and it takes time to rehabilitate this injury.

One result of the research so far, Elisabeth shows as a picture of the diaphragm in the respiratory muscles.
- We have to find a way to describe the muscle for the computer through numerical methods, Elisabeth says. What we do is to pick out a number of points and describe how the points relate to each other mathematically. That is a numerical model.
- But having a model is not enough, I have to do a numerical simulation of the breathing process. We must decide what the computer should do with the model. The description needs to come to life in the computer. So we write algorithms that work with the model. We need to define the algorithms mathematically and implement, as we call it when we write a program that describes the algorithms in a language that the computer understands. 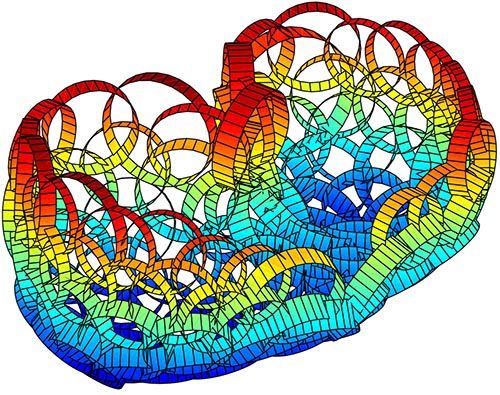 In order to make the numerical models of the muscle, Elisabeth herself has to familiarize herself with and understand how the muscles work.
- The essence of our research is to know and understand when a model can be trusted, when it will give a correct answer. Scientific Computing is important because simulations are used in so many areas, when building airplanes or bridges, for example. If you do not understand the limitations of the simulation then it is a dangerous tool to use.

The interest in mathematics started early for Elisabeth.
- I was interested in mathematics before I started school, says Elisabeth. It was obvious that I wanted to study mathematics because it was my great interest. But it was only when I began to study Scientific Computing that I realized that - yes - that's what I love! Being able to compute and get an answer.

The research project with the simulation of the breathing system started with them being contacted by Nicola.
- I did not think we could say no to a medical doctor who comes to us and wants to do something mathematical, says Elisabeth. But no one else wanted to take the project because it was so complicated, so I took it.

Elisabeth's research contributes, for example, to solving medical problems, but she has also worked on solving financial problems where she developed models to create increased financial market stability through more accurate pricing and risk calculations.

Scientific computing has great relevance for neighboring research areas. Computations are used in technology and science. They are also used in the humanities and social sciences, but in those areas it is still on the rise.
- What I love with scientific computing is all these collaborations in different directions because it means that I get to learn different areas - statistics, medicine or finance. I have to learn about the area to know what is relevant.

The biggest challenge is financing the research. Elisabeth thinks a problem is that the landmark results of the research are "invisible" when they are intra-disciplinary.
- It is difficult to stand out when our subject is seen as support for other sciences and to get financiers to appreciate that what we do has a value in itself, says Elisabeth. But I actually think it is going well right now, it is just a matter of getting time to do everything.

Elisabeth's next goal is to organize the researchers in the world who work with radial basis functions and make sure they work together.
- We are going to write a common code that everyone can use, says Elisabeth. We will have a first meeting in September in Italy.

- I think it is so awesome with scientific computing, that it feels like everyone else should also think that. The fact that you can put a problem into the computer and you can get out answers about the problem. Using simulations in the computer can save both resources and lives.

Age: 47
Title: Senior Lecturer in scientific computing
Education: MSc in Engineering Physics, postgraduate studies at the IT Department, postdoc at the University of Colorado at Boulder.
Place of residence: Norby
Family: Husband and 3 children.
Leisure time activities: Photographing, mushrooms mostly. Outdoor life.
Currently: Meeting "Women in numerical methods for PDEs and their applications" in May in Canada.
Listening to: David Bowie
Hidden talent: I know many languages, I play electric guitar and I am a master of handicraft.
Strength: I'm smart and I'm kind, a super power that's important.
Weakness: I get easily stressed.
Dream project: Making the network for researchers in radial basis function approximation into something good.